Learn the Marketing Secret that Will Automatically Attract Customers 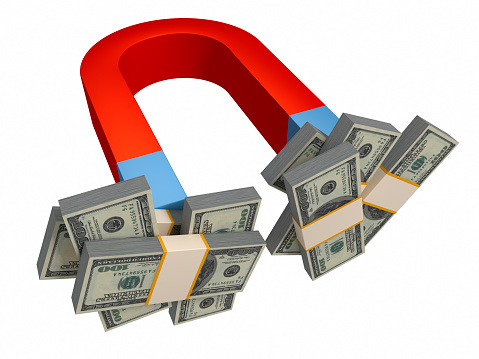 Are you tired of hunting for new customers? Learn the secret to make customers instinctively attracted to your business?

In the old days, marketers went hunting for customers. Hunting meant identifying and then actively pursuing your target. You spotted the quarry, followed it, and squeezed off a shot. It was the ultimate form of interruption.

The word “interruption” is key. This type of marketing was done aggressively, by interrupting the prospective consumer. We had television ads that interrupted your favorite program. We had door-to-door salesmen who knocked on your door just as you were sitting down to dinner. Then, when the salesman had left and you were just about to resume eating, a telemarketer would call you up. Because there was no caller ID, you felt compelled to answer the phone.

All of these people were hunting for your business. They tracked you down and tried to get your attention. When life was slower-paced, it worked pretty well. You weren’t bombarded 24/7 by messages and media. You didn’t mind answering the door when the Avon lady knocked.

Today, the problem is that it doesn’t matter how great your product or service is, because you, the advertiser, have become an unwanted distraction.

Consumers throw away your direct mail pieces, hang up on the cold calls, and flip to one of the other five hundred or so channels at the commercial breaks during their favorite television show. They are constantly bombarded with thousands of advertisements and unsolicited requests. You have billboards, TV ads, internet ads, pop-ups, and even cell phone advertisements. There are now TVs at the self-service gas pumps. Recently, I was in the restroom at my gym and noticed an ad in front of the urinal. Knocking your consumers over the head with advertising is hunting for business, and no one wants to be hunted. When being hunted, the natural instinct of the prey is to run, avoid contact, and create distance. That’s the consumer or your potential client.

Granted, we still have some forms of interruption marketing, particularly on TV, which people don’t mind. Some TV ads are very entertaining, and they succeed in raising product awareness. They still work, and they’re not going to go away anytime soon.
But today, we have much more sophisticated and cost-effective ways to close the gap between our product or service and our market.

In today’s overcrowded, high-intensity marketplace, fishing is a vastly superior method of making the catch. I define fishing as presenting something desirable in order to attract someone who wants or needs it.

Fishing: The New and Better Way to Market

As a kid growing up in Lake Providence, Louisiana, my dad often took me fishing. Most of the adults knew a lot about fishing. I knew people who would set up two or three poles with bait, go run errands, then come back hours later and find the catch for the day.
Unlike hunters, fishermen don’t have to work nearly as hard in order to make a catch. It’s much easier. Even when the fisherman was not there, the fish were still attracted and being drawn into his net.

But as any good fisherman will tell you, you can’t just cast your line anywhere and expect a fish will swim along and take it. You have to have insight into what fish want and how they behave.

A good fisherman understands fish. He has taken the time to study and observe their behavior. He knows their likes and dislikes. A fisherman knows when fish like to eat and when they don’t. He knows what dangers or concerns they have within their natural environment. He studies where they like to hang out and gather, and knows where they typically live. He understands what makes a fish tick, if you will. If you don’t take the time to understand your customer, you won’t understand their needs. A business is predicated upon meeting a need. The foundation of any successful marketing is the ability to communicate that you can meet the need of your customer, not to brag and boast about yourself or your company.

Here’s an example. When Starbucks began, the company did zero advertising. None! The CEO of Starbucks, Howard Schultz, always said, “Our stores are our billboard.” The reason his word-of-mouth strategy worked is because he had a deep understanding of what people wanted. As retired Starbucks North American President Howard Behar said, “I saw it was all about the people. We’re not in the coffee business serving people, we’re in the people business serving coffee. I knew that intrinsically.”

Starbucks thought about what people wanted and gave it to them. The core product just happened to be coffee.

In his book Permission Marketing, Seth Godin posited a new approach to marketing called, “permission marketing,” which parallels fishing. In essence, when you present something attractive, customers will give you permission to market to them. They look forward to your marketing. Example, if you are a realtor, instead of bombarding prospects with fliers asking to sell their home, send quarterly or monthly reports on neighborhood homes sales. Homeowners want to know what their home is worth. Now you are offering a benefit, and they view you as the source of information. This results in them being drawn to your bait, giving you permission to market to them. Now they view you as an expert, so when it comes time to sell their home, they’ll come to you.

Whether you are in real estate or some other industry, use the principles of fishing to attract new customers.

Utilize the same realtor scenario above. Instead of posting that cute hunting headshot with the caption “Call Today,” why not post information on current interest rates or articles about increasing your home’s value or effectively stage a home? Post information that is relevant to your customer, and I guarantee they will bite and be hooked. Then it is up to you to reel them in.

Entrepreneurs often forget this simple yet profound little fact: They create a business that they think is wonderful, yet they never stop to think about whether or not the consumer has an appetite for their business. Then, when they go hunting for customers, they don’t find any. Their customers are nowhere to be seen.